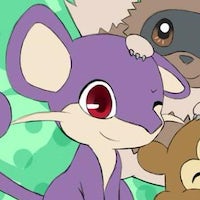 This is a guide for programmers and for beginners. Which engine to choose? Here is my experience with all of them when trying to recreate a familiar retro game that we all know.

If you want to start game development it’s not always easy to decide which engine fits best your needs.

That’s a process that has taken me almost 4 years of basic experience with engines like Melon JS, Unity, LÖVE, Game Maker Studio and now Godot. I can say I have touched all of them for a while, not very deep, but deep enough to realize which one was a best fit for me and the kind of games I want to do: 2D, sprite-based, grid-based movement (like a classic RPG).

What's the best engine? nothing in the internet will provide you the right answer: it depends on the kind of game you want to make, your experience as a programmer and what engine you feel more comfortable with.

In this article I am always talking from my experience and probably many of the mentioned engines here may fit better for your games than others, but it doesn’t necessarily have to match my preferences. This article comes from from a gamedev beginner's perspective who is also a full-time Senior Software Engineer with more than 10 years of experience.

Said that, let’s begin talking about the game I was trying to develop and about the pros/cons I have found in every engine I tried to develop it with.

I always loved Pokémon since I was a child. In fact, my nickname is based on the franchise.

I wanted to start game development making something that I already know well and that I’d love making: that’s right, I wanted to remake a Pokémon game, in my case Gameboy Color’s classic Gold and Silver. 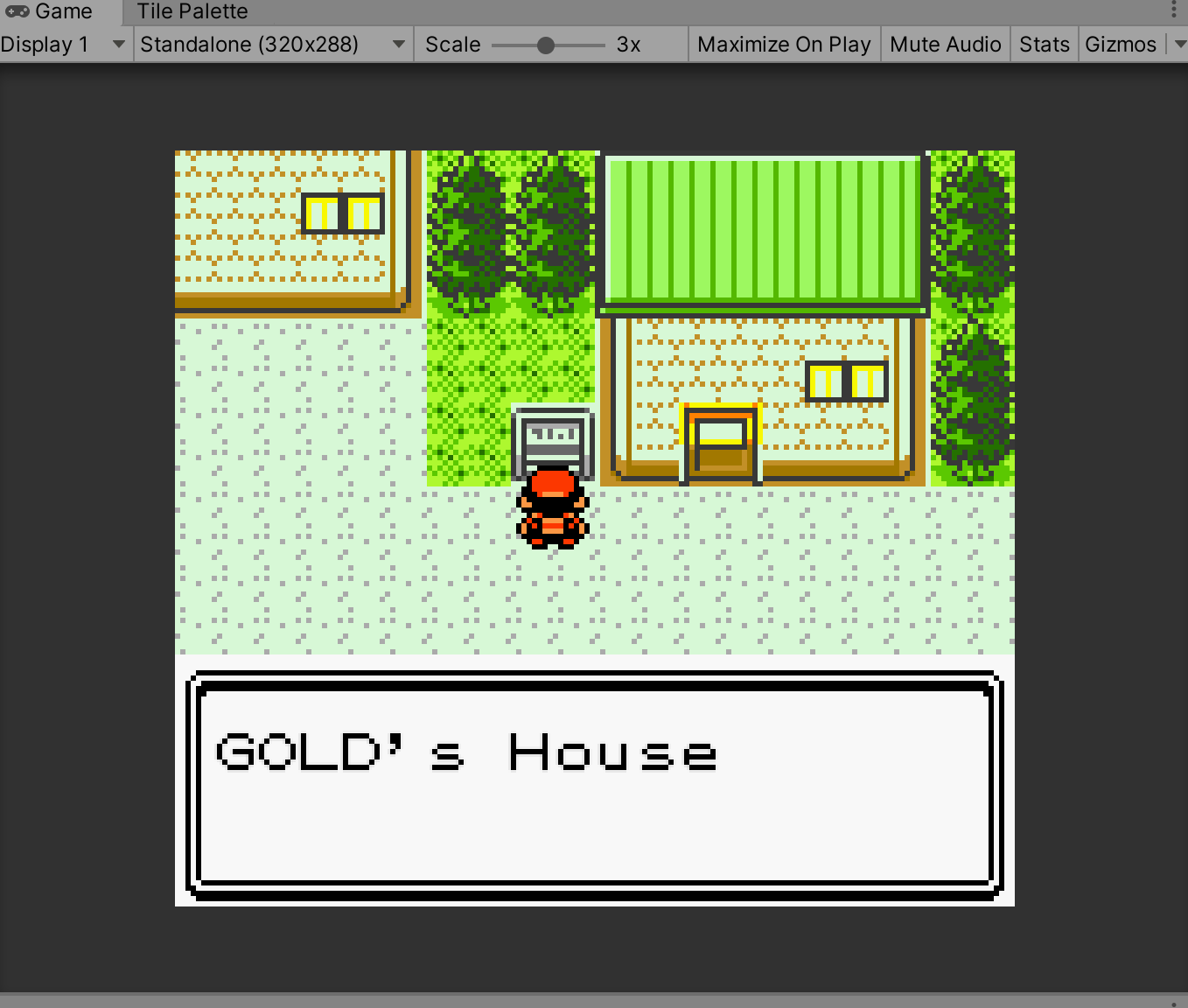 I started in 2D to avoid having to learn all about 3D which seems more complex to me than using sprites in 2 dimensions. When I master 2D I might consider learning 3D later.

My idea is to create an engine that I can reuse later on to make my own monster-collecting games (not tied to Pokémon).

The first thing was obviously to choose the game engine. It was not an easy task (even less a few years ago): it involved a lot of googling things like “what’s the best engine for 2D game development”.

My initial scope of the game was always simple: instead of thinking about all the aspects of the game I wanted to introduce or all that I need to do and frustrate myself, I always tried to create and fully cover in detail the first town of the game in every engine. That would cover these aspects:

Example in Unity (frame-rate looks jumpy because of the GIF)

MelonJS is a good engine to play with if you have a Web / JavaScript developer background. It provides you the basic blocks to build very simple games but it’s not aimed for making big complex games.

With LÖVE I had a similar feeling like with MelonJS. There are not much differences apart from the language (Lua) and the way it packages and executes the games: In Android you have to install a separated app in order to execute LÖVE games. That’s something I didn’t like.

Maybe LÖVE has a more mature API than MelonJS that lets you build a bit more complex games, but still: no IDE, a lot of code required for getting started with a simple game.

So it has basically similar PROS/CONS than MelonJS.

I tried to use Unity before any other, but the complexity of the IDE scared me a bit in the beginning and I opted for more simple engines.

I came back to Unity after discovering that I was not going to go any further with the previously mentioned engines. So I gave it another try starting from the 2017 version until 2019.4.

My first impression after learning the basic concepts of game development with the other engines was: wow, this feels very powerful and I have a good language like C#.

Starting a 2D game of my characteristics in Unity is not an easy task. Back then in 2017 there were no 2D pixel-perfect tools or tilemap editor, so everything looked a bit glitchy.

I had to watch lots of tutorials for a year in order to have the first town of the game working with dialogs and grid-based movement but nothing more.

I needed code for almost anything, I had to write my own physics engine because the built-in one is not so flexible, so I could not use it for grid-based movement and collisions because I always had problems (e.g. bounciness, stuck pixels, etc.).

… and I probably found more obstacles that made me give up with Unity… after trying GameMaker Studio 2.

I won’t extend so much with this engine because I only have used it for less than 6 months, but here are my impressions:

Then I started following HeartBeast tutorials and videos on YouTube and decided to give Godot Engine a try.

I have heard about Godot years ago but I thought it was like another indie game development engine and I was afraid that It wasn’t going to be enough for what I wanted to achieve.

Well… I am discovering that I was wrong.

In May 2020 I started watching HeartBeast’s Godot tutorials on YouTube and, after trying all the other engines I have to say it has been very easy to learn, also because HeartBeast is a very good teacher.

Let’s say that Godot has the good stuff that I found in GameMaker and Unity combined together, plus it has a dedicated OOP gaming language that it may not be as powerful as C# but it does what it should do and it’s improving very fast.

My first impression of this engine is: wow, they got things right like I expected them to work, everything is so intuitive and works so conveniently together.

In less than one month I achieved half of what I did in GameMaker, but the quality of my code and the scenes feels much much better.

It also takes me more time because I am writing the game in a modularised component-based way: similar concept as React JS where each component can be reusable and can potentially work on its own. That combined with signals/events is very powerful.

So here is my (preliminary) opinion on Godot:

I know, this is a long post to read, but thank you for taking your time.

I wanted to provide you all what I experienced using these engines (or a summary of what I can remember) so with all that information you will have a better understanding of what can you expect and the struggles you will find if you want to do similar 2D games like I do.

Of course, choosing the best game engine that suits your needs it’s always up to you.

In my opinion the clear winner here is Godot, at least for now. It seems to have everything I need, It has a quick learning curve, good tutorials, encourages good practices, … and more that I have to discover.

I will keep posting Godot tips and tutorials here as well as some of the progress of my games, mostly the parts that I think you might find interesting or that were the most challenging for me.

I end this article with this thought: if you have a game idea, don’t try to do everything the first day because you’ll get frustrated. Set yourself small scopes and goals for your game. Keep trying, do little by little every day or weekend, at your own pace and the most important thing: Never give up!

A nerd in books, tea, games and software.

Thanks for this post! Just like you, I have tried Game Maker and Unity but somehow they are lacking. I heard about Godot but I was intimidated to try. After reading this post, I think I shall give it a try!

P.S. Also a big fan of Pokemon! Treecko is my fav~ Looking forward to those Godot tutorials :)